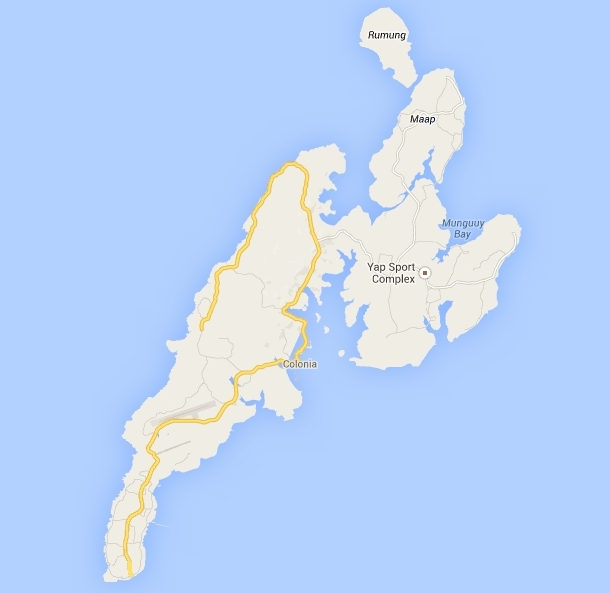 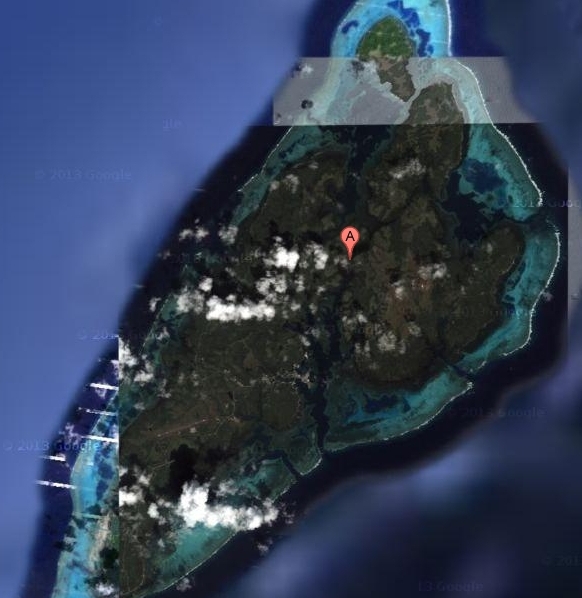 Yap or Wa′ab (Yapese: Waqab) is an island in the Caroline Islands of the western Pacific Ocean. Yap is part of the Federated States of Micronesia. It is considered to be made up of three separate islands: Yap Island proper, Maap (Yapese: Maap′), and Rumung. The three are contiguous though separated by water and are surrounded by a common coral reef. They are formed from an uplift of the Philippine Sea Plate, and are referred to as "high" islands as opposed to atolls. The land is mostly rolling hills densely vegetated. Mangrove swamps line much of the shore. Yap's indigenous cultures and traditions are strong compared to other states in Micronesia.

Coming to Yap you will be confronted with their culture that is very different to our Western standard. Just coming for diving would be a big mistake. You have to show interest to the culture. Traditionally women were topless. You can still meet some older women going shooting topless. The younger wear more western style clothes.

Yap is known for its stone money, known as Rai: large doughnut-shaped, carved disks of (usually) calcite, up to 4 m in diameter (most are much smaller). The smallest can be as little as 3.5 cm in diameter. There are five major types of monies: Mmbul, Gaw, Fe' or Rai, Yar, and Reng, this last being only 0.3 m in diameter. Many of them were brought from other islands, as far as New Guinea, but most came in ancient times from Palau. Their value is based on both the stone's size and its history. Historically the Yapese valued the disks because the material looks like quartz, and these were the shiniest objects around. Eventually the stones became legal tender and were even mandatory in some payments
The value of the stones was kept high due to the difficulty and hazards involved in obtaining them. To quarry the stones, Yapese adventurers had to sail to distant islands and deal with local inhabitants who were sometimes hostile. Once quarried, the disks had to be transported back to Yap on rafts towed behind sail-driven canoes. The scarcity of the disks, and the effort and peril required to get them, made them valuable to the Yapese.
As no more disks are being produced or imported, this money supply is fixed. The islanders know who owns which piece but do not necessarily move them when ownership changes. Their size and weight (the largest ones require 20 adult men to carry) make them very difficult to move around. Although today the United States dollar is the currency used for everyday transactions in Yap, the stone disks are still used for more traditional or ceremonial exchange. The stone disks may change ownership during marriages, transfers of land title, or as compensation for damages suffered by an aggrieved party.

Yapese belongs to the Austronesian languages, more specifically to the Oceanic languages. Yap was initially settled by ancient migrants from the Malay Peninsula, the Indonesian Archipelago, New Guinea, and the Solomon Islands. The people of Yap's outer islands are descendants of Polynesian settlers, and as such have significant ethnic dissimilarities from the people of Yap proper. Their culture and languages (Ulithian and Woleaian) are closely related to those of the neighboring islands of Chuuk.
Traditional style structure with stone money indicating great wealth

The Yapese and outer island Yapese were some of the most renowned navigators in the Pacific. Yapese sailors travelled phenomenal distances in outrigger canoes, without the aid of a compass, navigating by the stars and the patterns of ocean waves using techniques of Micronesian and Polynesian navigation.

Yapese society is based on a highly complex caste system involving at least seven tiers of rank. Historically, the caste rank of an entire village could rise or fall in comparison to other villages depending on how it fared in inter-village conflicts. Winning villages would rise in rank as a part of a peace settlement, while losing villages would have to accept a decline in comparative rank. In many cases lower ranked villages were required to pay tribute to higher ranked villages. Further, dietary taboos might be imposed on lower ranking villages, i.e., they might be prohibited from harvesting and eating the more desirable fish and animals of the sea. Further, within each village each family had its own rank comparative to the others.
Until the arrival of the German colonizers, the caste ranking system was fluid and the ranks of villages and families changed in response to inter-village intrigues and confrontations. In the late 19th century, however, the German colonial administration "pacified" Yap and enforced a prohibition against violent conflict. The caste ranking of each village in modern Yap thus remains the same as it was when the system was frozen in place by the Germans. The result of the freeze left Yap with three highest ranks of the villages of Teb, Gachpar, and Ngolog. The village of Teb from the municipality of Tomil remains as the highest of the three.

The first recorded sighting of Yap by Europeans came during the Spanish expedition of Álvaro de Saavedra in 1528.
From the 17th century until 1899, Yap was a Spanish colony within the Captaincy General of the Philippines. Yap was a major German naval communications center before the First World War and an important international hub for cable telegraphy. It was occupied by Japanese troops in September 1914, and passed to the Japanese Empire under the Versailles Treaty in 1919 as a mandated territory under League of Nations supervision. US commercial rights on the island were secured by a special US-Japanese treaty to that effect, concluded on 11th of February 1922.
In World War II, Japanese-held Yap was one of the islands bypassed in the U.S. "island-hopping" strategy, although it was regularly bombed by US ships and aircraft, and Yap-based Japanese bombers did some damage in return. The Japanese garrison comprised 5’900 men.
At the end of World War II, Yap was occupied by the U.S. military victors. The U.S. held it and the rest of the Caroline Islands as a trusteeship under a United Nations mandate until 1986. In that year, Yap, Chuuk, Pohnpei, and Kosrae formed the independent nation of the Federated States of Micronesia.
(information sources: Wikipedia and my own experfience)

Yap is served by United Airlines, formerly Continental Micronesia on stopover for the flight connecting Guam to Palau. Unfortunately the schedule is not very convenient because the flights stop here in the middle of the night. It is about 1h flight to Palau and 1½h to Guam. There is no daily flight so you have to plan your travel carefully.

There are few dive centres all based in Colonia. They offer you diving packages including different accommodation standard. You have “Beyond the Reef”, ”Yap Divers” (Manta Ray Bay Resort) and “Yap Pacific Divers” (Yap Pacific Resort).
For accommodation you have Yap Pacific Dive Resort (the most luxury), Pathways Hotel, O'Keefe's Waterfront Inn, Manta Ray Bay Hotel, ESA Bay View Hotel.
I did choose “Beyond the Reef” as diving centre and “Pathways Hotel” for accommodation. The Pathways Hotel is built with eco-travellers in mind; it has eight thatched cottages on a hillside overlooking Chammoro Bay. The dive centre and the hotel are just 5 min walk away. I was very happy with my choice.
To get to the western reef dive sites, you go through a small channel in the middle of the mangrove dig by the German.
Many divers come here to observe Manta Rays that are found around the islands all year long.